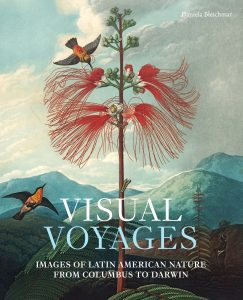 From the voyages of Christopher Columbus to those of Alexander von Humboldt and Charles Darwin, the depiction of the natural world played a central role in shaping how people on both sides of the Atlantic understood and imaged the region we now know as Latin America. Nature provided incentives for exploration, commodities for trade, specimens for scientific investigation, and manifestations of divine forces. It also yielded a rich trove of representations, created both by natives to the region and visitors, which are the subject of this lushly illustrated book. In this book, Daniela Bleichmar shows that these images were not only works of art but also instruments for the production of knowledge, with scientific, social, and political repercussions. Early depictions of Latin American nature introduced European audiences to native medicines and religious practices. By the 17th century, revelatory accounts of tobacco, chocolate, and cochineal reshaped science, trade, and empire around the globe. In the 18th and 19th centuries, collections and scientific expeditions produced both patriotic and imperial visions of Latin America.

Through an interdisciplinary examination of more than 150 maps, illustrated manuscripts, still lifes, and landscape paintings spanning four hundred years, Visual Voyages establishes Latin America as a critical site for scientific and artistic exploration, affirming that region’s transformation and the transformation of Europe as vitally connected histories.

Read an excerpt from the introduction as it appeared on Verso, the Huntington’s blog.