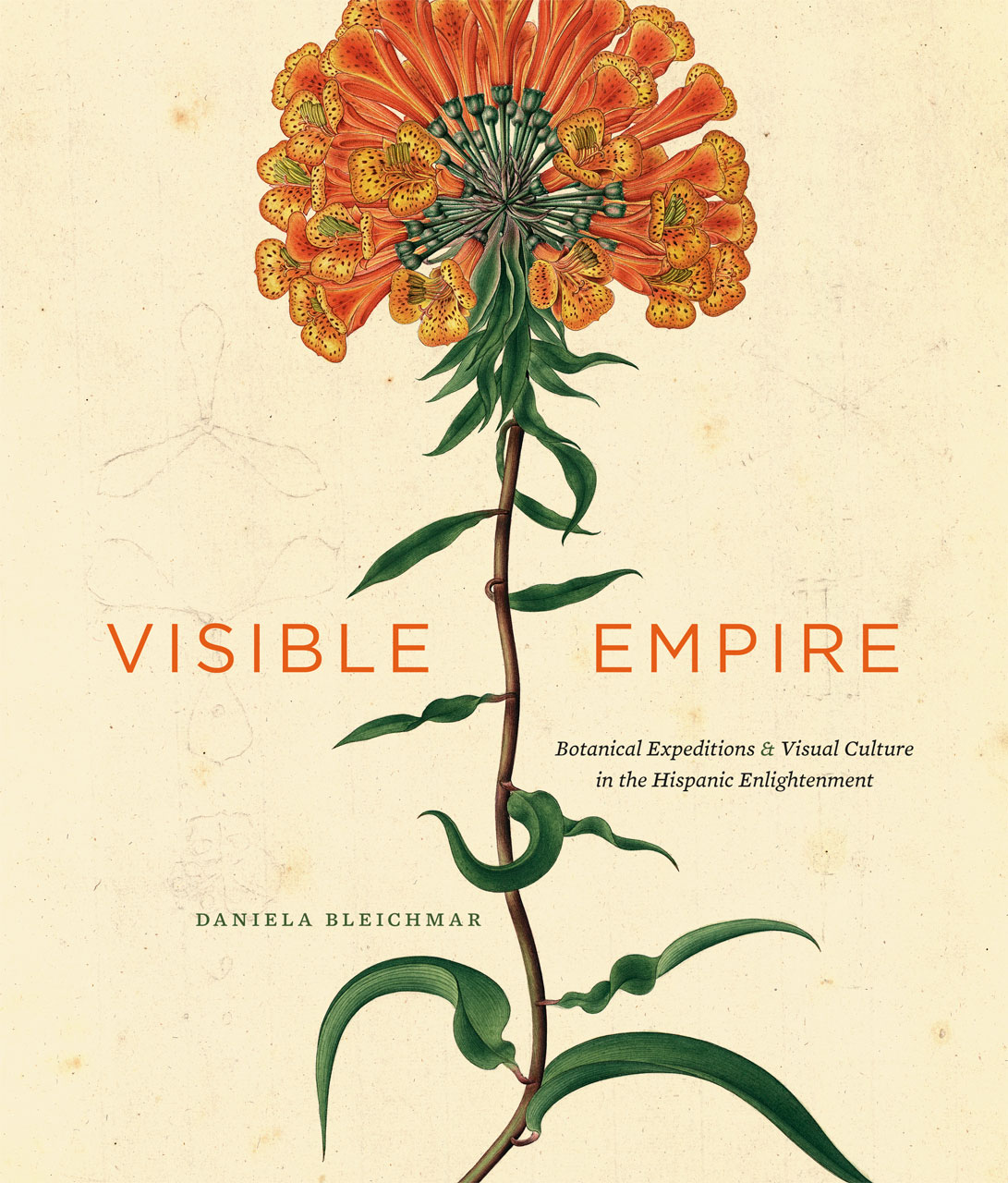 Between 1777 and 1816, botanical expeditions crisscrossed the vast Spanish empire in an ambitious project to survey the flora of much of the Americas, the Caribbean, and the Philippines. While these voyages produced written texts and compiled collections of specimens, they dedicated an overwhelming proportion of their resources and energy to the creation of visual materials. European and American naturalists and artists collaborated to manufacture a staggering total of more than 12,000 botanical illustrations. Yet these images have remained largely overlooked—until now.

Visible Empire gives this archive its due, finding in these botanical images a window into the worlds of Enlightenment science, visual culture, and empire. Through innovative interdisciplinary scholarship that bridges the histories of science, visual culture, and the Hispanic world, Bleichmar uses these images to trace two related histories: the little-known history of scientific expeditions in the Hispanic Enlightenment and the history of visual evidence in both science and administration in the early modern Spanish empire. As Bleichmar shows, in the Spanish empire visual epistemology operated not only in scientific contexts but also as part of an imperial apparatus that had a long-established tradition of deploying visual evidence for administrative purposes.

Pamela H. Smith, Science
“Lavishly illustrated and lucidly written. . . . Bleichmar’s arresting Visible Empire contributes to the ongoing recovery of the formative—but hitherto little-known—role that Spain and its colonies played in this crucial period in the history of science.”

Carla Nappi | New Books in Science, Technology, and Society
“Bleichmar uses this vast (and gorgeous) archive of botanical images assembled by Spanish natural history expeditions to explore the connections between natural history, visual culture, and empire in the eighteenth century Hispanic world. In beautifully argued chapters, Bleichmar explores the ways that eighteenth century natural history expeditions were grounded in a visual epistemology where observation and representation were powerful tools for negotiating both scientific and imperial spheres.”

S. Hammer, Boston University | Choice
“This exciting book studies the visual contexts of empire from a natural history perspective. . . . Visualizing, collecting, classifying, and transporting nature and human culture are all examined here in a historical and philosophical context that sheds new light on science, art, and society. Highly recommended.”

María M. Portuondo | Historical Studies in the Natural Sciences
“Visible Empire is a necessary and important contribution to the history of natural history and exploration. Meticulously researched, gracefully written, and always sensitive to disciplinary methodology . . . it shows how careful attention to both the local and the broader historical contexts can inform our understanding of scientific practices and the fashioning of epistemological approaches. Lavishly illustrated and beautifully produced, this book is an example of interdisciplinarity at its best.”

Efram Sera-Shriar, York University, Canada | British Journal for the History of Science
“The book is rich in detail and it contains many beautiful examples of botanical illustrations from the eighteenth century. Without a doubt Bleichmar’s work is a significant contribution to the history of science and art history. It will be a staple read for anyone interested in natural history and visual culture.”

Helen Cowie | Archives of Natural History
“Carefully researched and lavishly illustrated, . . . Bleichmar’s book is a valuable contribution to our knowledge of eighteenth-century Spanish science and early modern visual culture. It presents a detailed and engaging narrative which challenges centre-periphery approaches to colonial science and illuminates the complex networks of exchange in operation in the Spanish Empire. Visible Empire adds to a growing literature on the study of natural history in the Hispanic world. It would appeal to readers with an interest in colonial science or botanical illustration.”

Magali M. Carrera, University of Massachusetts Dartmouth | American Historical Review
“A valuable contribution to a growing scholarly literature that questions the problematic notion of center (Spain) versus periphery (Spanish Americas) in order to examine the collaborative interchange of ideas and information across the Atlantic.”

Mónica Domínguez Torres, University of Delaware | William and Mary Quarterly
“An important contribution to the history of science, visual culture, and imperial Spain. In it, readers from different disciplines will find much food for thought. . . . Visible Empire clearly demonstrates that art history and visual culture studies have much to contribute to larger discussions about politics and knowledge production in the early modern Spanish world.”

Kenneth Mills, University of Toronto
“Daniela Bleichmar finds a late eighteenth- and early nineteenth-century Hispanic world, not overstretched and reeling upon its ‘last legs’ of empire, but rather fired by the prospect of revealing a vast and valuable nature within its realms, and thus newly ambitious, interconnected, and fervently in motion. With elegance and precision, she shows how the travels and labors of a startling array of investigators, botanists, and artists converged to make empire not only viable but visible. Their global enterprise, and the knowledges, realizations, and values they produced, are still very much with us today.”

Richard L. Kagan, Johns Hopkins University
“Visible Empire explores an important yet virtually unexplored chapter in the history of Spain’s eighteenth-century Enlightenment. It was then that the country’s Bourbon monarchy, for reasons both commercial and scientific, set out to discover, record, and systematically classify the botanical riches of the New World. This ambitious project resulted in thousands of botanical illustrations of extraordinary originality and quality, many of which are reproduced in this handsome volume for the very first time. Bleichmar’s approach to these images is imaginatively interdisciplinary, as she examines the circumstances surrounding their production; the artists, native as well as Spanish and creole, involved; together with the thorny aesthetic issues that representing nature necessarily entails. She also situates these images within the broader context of the Enlightenment’s quest to understand the mysteries of the natural world. Visible Empire is an extraordinary achievement, and definitely one that deserves a wide audience.”